Kicks off its 32 season tonight, with Dane Cook as host and musical guests The Killers...both of which should be pleasing.

The bad new for season 32, Seth Meyers taking over for Tina Fey on Weekend Update. Ick. I love Tina Fey and Amy Polar, and a saddenned by the change.

Sketches I hope to see returned this season. The Needlers, The "babe" couple, hilarious, Appalachian Emergency room. Oh and anything including Amy Polar, or Horatio .

Last night DH and I watched The Avengers, "Cybernauts" 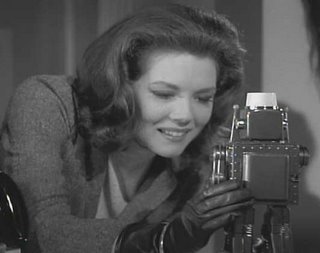 Industrial bigwigs invited to bid on a "new circuit element" are being murdered by what appears to be a karate expert. Steed and Emma eventually discover, however, that the killer is not flesh and blood, but a deadly robot built by a brilliant inventor for the purpose of obtaining exclusive rights to the new electronic product--a product that would allow him to create machines capable of replacing humans.

A great episode, from the 1965 series, and the first episode that aired in the United States.

Emma gets to showcase her judo skills, in a tweed suit at that.

Dear Husband made note of the following line.

As Steed is leaving for Armstrong's plant, he tells Emma,

"If I'm not back by eleven-thirty, I'll stay for breakfast." Emma: "You don't eat breakfast."

How would Emma know?
Posted by Rachelle Jones at 9:00 PM

I think there must have been a lot more to their relationship than met the eye. Just wish they'd explained more of it!