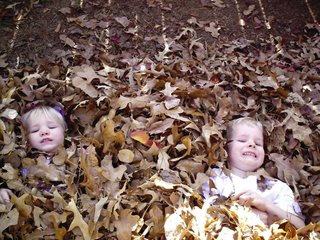 *One of the firt photos from my new camera, I am still trying to figure the speed, and color settings out...


Even after almost 6 years in this state, (give or take months at a time) I still cannot believe how beautiful fall is here.

I am unsure of temperature, it was so nice I did not care.

I spent most of the day raking in the front yard. The challenge here is not raking. It is keeping an eye on The collective in an unfenced area. Although today they proved to me, that they have come a long way!! I was able to rake 5 bags. Which between the jumping and the playing, and the running through my piles, the bathroom breaks, the lunch picnic, the wardrobe change. (Sir Rowland wanted his dress sweater on this monring)

I raked and raked. Pink Ninja was in charge of collecting downed sticks and small branches. She managed to surprise me a couple of times by carrying branches comperable to her size.

I raked so much, I was sweating. It is November, I had a t-shirt on. How cool is that? The raking also had to be a good workout. And I needed it after this week, in which I consumed enough gravy, dressing, mashed potatoes for a developing country. So the raking took place of my workout tonight.

The other good/bad news is we live in a forest. Really. My Sister could not believe the number of leaves on the ground, and still hanging on to the trees. Heck we are Nebraska born, there is a reason they call it The Great Plains. We are so surrounded by trees, I never get to see the sun setting.

Oh, and Sir Rowland played a trick on me today. Pink Ninja was in charge of bringing me new bags, to replace the ones I carried to the curb. We could not locate the darn box of lawn and leaf bags. We looked all over, and Sir Rowland throws himself on the ground laughing. He then announces "ha, ha, I played a trick on you, the box of bags, is in the bag of leaves you just took to the curb. HA HA!!!"

Yeah he is hilarious that one. And after digging to the bottem of the leaf bag, I did find them.
Posted by Rachelle Jones at 12:20 PM