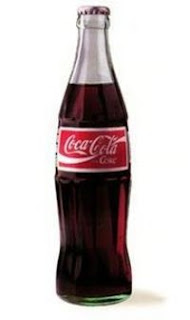 For Sir Rowland's Birthday, we went to the local $1 party store to buy cups, and streamers and such. While there we noted UNO card games for $1.

I went ahead and bought the deck, unsure if we would all be able to play.

Well, we are an UNO playing house now.

It has become more popular than any computer game, etc.

The good thing about playing cards, EVERYONE has to STOP EVERYTHING, and play together.

4 and 6 year olds are able to play, and enjoy whipping Mom and Dad. Sir Rowland HATES to lose, and Pink Ninja enjoys cheating.

It has been very entertaining.

My Mom grew up in a card playing home, there was no TV, and there were 10 of them. The first person "out" had to make a chocolate and sour cream cake....which I would love to find a recipe for, but cannot. My Mom said EVERYONE knew how to make the cake, even the little folks. She also said they would play shuffleboard on the dining room table with a snuff can filled with stones.....I was telling The Collective about these games that folks used to play.

I can recall growing up around folks playing a lot of cards. My folks would play cards almost nightly. All of the neighbors would get together about once a week and they would take turns meeting at one another homes, we would bring our card table and chairs, and there would be about 3-7 families in one tiny house. My Mom would make delicous caramel corn for the kids, and we would get to watch a movie on television. The first time I saw Rod Stewart singing Tonights the Night, was at a card party, and I think we watched a lot of The Muppet Show. It was when soda came in a glass bottles. Some folks would only have Pepsi, and other homes coke. We were a coke family, and I enjoyed the tall glass bottles, until the time we took a bottle cap off and found a straw inside the bottle while pouring....ick. My mom never bought bottles of pop again.....


funny what a game of cards can make you remember.....
Posted by Rachelle Jones at 2:19 PM