Tissue Issue, The Green King, and Pink Ninja Will be 4 in the morning. 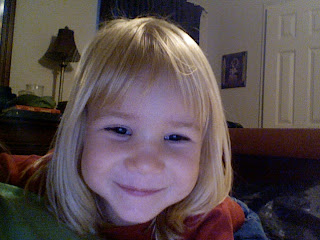 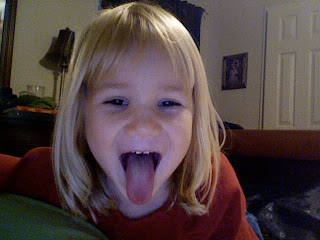 What happens this time of year, that makes time fly? I have been busy this week running around from here to there. With a child in school it seems as though there is always some paperwork that comes home that needs to be filled out. This week, it was the third field trip. This next one, is to a Christmas tree farm. It sounds like fun, and the day includes a hay rack ride, hot cocoa. DH will be going as a chaperone. Should be fun. There was also paying for the third quarter gymnastics for Sir Rowland and third quarter ballet for Pink Ninja.

I did manage to go through some of Pink Ninja's clothing. She has GROWN so quickly, it is amazing. She has outgrown all of her blue jeans, and is wearing her Brother's discarded 5T slims. She is a tall, and it is amazing. Normally I dress her in skirts and tights in the fall, and maybe I should continue to do so. Her little legs just keep growing.

Sir Rowland has been preparing for the Church's annual Christmas program. He had 3 songs to memorize, and is doing quite nicely, he loves singing. Last night we found out he will be the green King, and he has agreed to wear the costume, which includes a very ornate large hat. I am hoping to get a ton of photos. He will also be performing at the local long term care center in costume. I am pleased he has agreed to wear the costume, as he is not a fan of dressing up. He did so for AWANA, but declined to participate in trick or treating.

I got a call from Sir Rowland's teacher this morning, it seems as though he had a rough morning. Things have been going well for him, I am unsure what set him off in the wrong direction, but his mood is hard to turn when it is headed South. His Grammie sent him a big box of goodies yesterday, she included a little pack of Puffs tissue with Vicks in them. She wrote a note on the package that said "For Little Mans Backpack". Last night he took one out and smelled them and proclaimed his hatred for Vicks, and told me he did not want them in his pack. Well I guess he changed his mind at about 9am, when he was frantically searching for them while simultaneously having a meltdown about these Puffs with vicks. The teacher called for me to come get him, because he was so upset about these missing tissues. I explained to the teacher that they were currently on my table because he did not want them last night. I will tell you this, he processes things visually, so when he read the note on the pack, he probably forgot about the conversation with me, and just remembered that they should be in his backpack. Oye Vey.... I guess he settled down for the rest of the day, but geesh....Oh, and the tissues are in his backpack now.

Pink Ninja, turns 4 at around 3'ish this am. Funny, how I thought I would never forget the actual time. I will look it up in the morning. My baby is 4. She is 4, wearing a size 5T in clothing, and an 11 shoe. My baby is 4. She still looks teeny most of the time. Even with the new haircut she gave herself! Tonight i got to go Birthday shopping for her from her Grampanio. I managed to get a lot, with the money he sent. I even managed to get 2 pair fuzzy footed jammies! She will be toasty. She has been under the weather, and I am hoping she feels better in time for her birthday breakfast. There are big plans for the day. A trip to see Santa for the annual Santa photo and the "list". The one gift she will be getting from DH and I is a build a bear. That was actually her only request for months, and then a trip to the Chinese Restaurant for dinner, and home for strawberry cake and ice cream. She can write her name now, she can identify all letters. For a child of 4 I am amazed at her ability to read people's emotions. (I am guessing this is from living with a sibling whose mood dictates the mood of the house at times, which we try to avoid, but it happens). She can read emotions, and mood like no other 4 year old I know, she is also a very joyous child most of the time. She likes to run fast, and jump from high places, she has no sense of fear. And when I remind her of her that she has already broken her arms, and so she should be careful she will tell me...."Well I haven't broken my legs yet." Yeah she is going to give me a heart attack. and she remains one of the most gorgeous people I know, inside and out.
Posted by Rachelle Jones at 11:11 PM