Pictures of The Collective, dressed in shapeless squarelike frocks 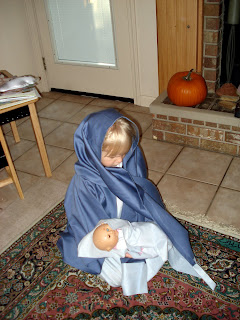 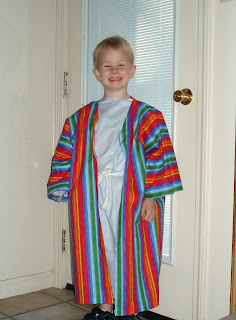 I had to beg for photos of the children. Particularly Pink Ninja, who really did not want her photo taken. Being ill, and then having your over-zealous Mother want to take pictures of the crappy costumes she "made"...

I do not think they wanted photographic evidence.

The good news was, I was not the only "non-sewing" parent, as a lot of the childrens costumes were pinned together etc.

The Collective had a great time, and it was the first time we managed to get Sir rowland into a costume after 2 years.
Posted by Rachelle Jones at 2:24 PM

AWTM - hie thee to a Joann's and get thee a bottle of LIQUID STITCH. No machine needed. It's a glue that is mo' pow'full....

I used it to "stitch" my dd's costume one year (I laid her down on fleece and traced around her to make a top and pants, lol). Stuff works great. Good to have on hand to fix other things too.

And BTW...those actually look really GOOD. Your son's is cool with the colors! My dd went as Queen Esther when she was in AWANA...I can't remember what I draped over her!