On Being Dash's Mom 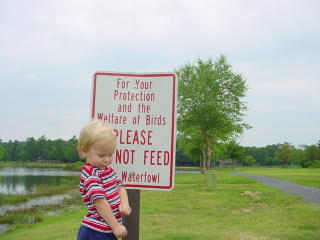 Dash was my unhappy baby, we thought it was my milk, ear infections, colic, sensory interrogation problems...Nothing ever panned out. I am beginning to think he just didn't like being a baby. With each passing month, he seems too grow a little more comfortable in his skin. He is happier. When he was about 6 months, that is all we wanted a "happy baby". A baby that would smile and coo.

As Dash grew, and learned skills and concepts, he would loose some of the frustration. When he was about 3 months old he would stand stubbornly upright on your lap. Straight as an arrow, the minute you would try and sit him on your lap, or wrap in a a blankie, or lay him down he would get pissed. I mean pissed. So you would have to just hold him standing, till he moved onto something else.

At about 6 months, he was on the move, crawling, but it did not seem like it was exactly what he was after. The crawling was irritating to him as well. He wanted to walk just like everyone else. He would crawl around frustrated and crying.

We found out early that Dash would sit through book after book. He didn't like trucks, or noisy toys, or gargantuan colorful messes of toys. Any toy that "surprised him" with a noise, or something popping out of it, ended up being removed or hidden, because the sight of it would cause tremendous meltdowns. He wanted his blocks and books. We could rock and read all day, he never cared for picture books much, he wanted words. I did not mind the rocking and reading....He was quiet and happy.

By the time Dash figured out standing and cruising and walking...Some of the frustration lessoned for him, you could see it in his face. He looked relieved but not satisfied. He loved exploring and became fascinated with the mechanics of objects and things. I remember one time we went to the park and got on the Merry Go Round. He wanted off. Why? He crawled underneath the Merry Go Round to see what was making it go round. He was about 14 months old.

By 18 months old Dash knew his alphabet and no not the song. He could identify the letters in any sequence or fashion. He could read familiar signs like STOP, EXIT, OPEN. When we went to the park to play, we would spend the day reading all of the signs. He did not want to watch Sesame Street or other children's fare. He wanted to Watch Price is Right, Golf, and Wheel of fortune. He also took an interest in money, and had to carry at least one dollar around everywhere. Not blankets, or a binkie, or a bear. The kid went to bed with money, or his plastic golf clubs. He wanted to golf all day. He would take his plastic golf clubs to the store. It was similar to living with a retired guy, between the money, golf, and Wheel of Fortune. I thought I would go nuts.


Well I am going to hang this up for the night, and take another look at this tomorrow night.........Come back to hear how we turned out.