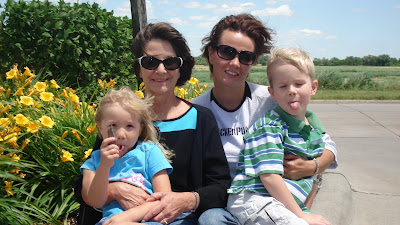 OK, first photo is The Collective and I with Grammie. We love Grammie. I wish she lived closer, because we do get along so well. I think God sent me such a blessed woman, because he knew I would loose my Mother. She is thoughtful and generous with her heart. I note The Collective have tongues out in this picture. Figures. 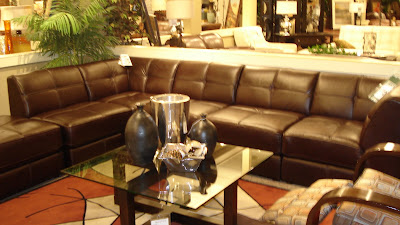 This is a photo of a couch I would REALLY LOVE, while shopping at Nebraska Furniture Mart. It was very smart looking. But really who needs an enormous leather couch in the great room?

btw, after taking this photo, and several others we were followed around the store for 2 hours.... 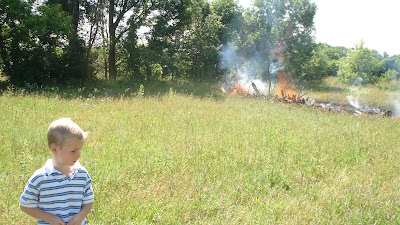 This a a photo of the neighbor burning the trees we removed from my Fathers place. It was legal schmegal. The guy even went to the fire department and obtained a permit. The fire pit was HUGE. HUGE, and it burned FAST. The kids could have cared less. 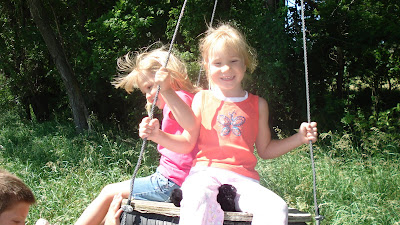 This is the neighbors famouse tire swing that has been hanging forever. Everytime we take the girls on it one of them falls off of the damn thing. Be careful were you land, it is in a cow pasture.