"Yes Virginia, there is "the internets in Nebraska." 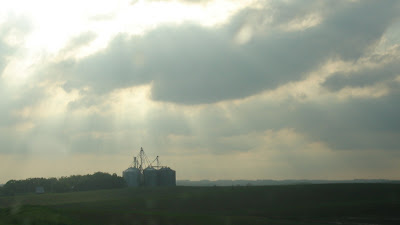 First off, the economy cannot be too bad.


I have nothing against licorice, or the sale of such. But I promise you, if I was given ANY business to open, and international licorice importing store would seem sort of risky. Then again I am a SAHM, so WTF do I know....

The surprise? The darn place is FULL of people buying licorice. I enjoy licorice as much as the next guy, which means, not enough to spend more than $1.00 every 6 months on the stuff. 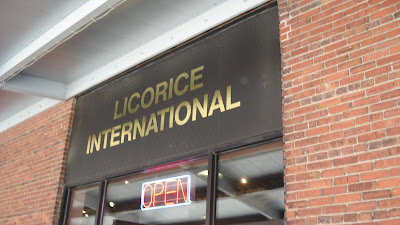 In other news. We are still trying to "stabilize my Father's BP. Now it is so low that he is scaring the crap out of everyone. Yesterday it was 63/36...I called the Dr. And now his cardura, and toprol is on hold, his lisinopril dose cut in half. He is suffering terrible with orthostatic hypotension, so my Father who is used to physical activity cannot do much without getting lightheaded, or feeling "fuzzy". I did manage to get a referral to The Heart Institute, and will get him there for an eval as soon as I can. Today was his cardiology appointment in which we learned that in perhaps 2 years or less time, he might be a candidate for a pacemaker. He is also not supposed to pull weeds or anything else that might exacerbate his orthostatic hypotension.

In good news, he has lost 15 pounds since his hospitalization. I have weaned him off of salt, and he has only had red meat 1 time, since the heart cath. He has been riding his bike, walking, and actively cutting his portions. Which has to be hard for him. In case you have not noticed, I am a foodie, from a family of foodies. WE are almost all good low country cooks. I have gained a pound go figure.

OK, we are in Lincoln, looking at houses AGAIN. It is a tedious process to me. We are actually looking at energy star homes now, because they promise to be efficient, and a good investment. WE have looked at some "newer, not new" homes, but frankly the pricing does not make sense. We are back to looking at new homes. Oye...

The Collective are being pretty good considering that they have been living out of a suitcase for a month or so...

DH's Mom is here so she could check in on her young brother who just sufferred several TIA's. He has been to 3 hospitals in the last 2 weeks. He is now at Madonna Rehabilitation Hospital. They are a fantastic facility, and actually are active in treating TBI, and PTSD. They have weaned him off of his ventilator, and have started the arduous process of physical rehabilitation. We are prayign and hoping for the best, as he is a young and active man....he is at one of the best places he can be right now.

I will try and check in more frequently this week, and will have limited access as seems to be "the usual..."..
Posted by Rachelle Jones at 10:29 PM