And as melancholy as I felt yesterday, frankly I am over it. (That was quick) I know!

In other news, DH and have both agreed on a homes.

Not an easy task I PROMISE you.

We are yin and yang sometimes. And the house hunt has been one of those points of contention. Oddly enough, I am the utilitarian no frills person. DH likes things a little more lavish than I do. And when I say lavish, that does not mean much, because I am really utilitarian.

The home prices are about double what they are here. Mostly because they have basements. They do not here. However I will say Arkansas builders do make prettier homes. The cost of brick and stone here is MUCH CHEAPER than up north.

I prefer ranch style homes. Probably because I grew up in ranches. However in Nebraska they seem to be building ugly ranch homes. Pretty on the inside, but the outside is a little dull. Garage up front, and then plain old siding. 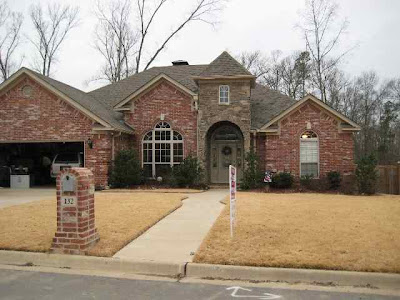 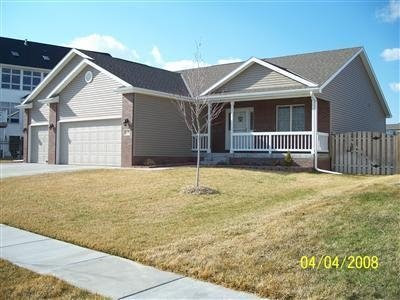 See what I mean?

I will say this, I adore the community we will be moving to. They have some of the best schools in the state, and there is little in the way of crime...

I still have some shock in the difference of the facade of a home though....
Posted by Rachelle Jones at 9:05 AM